A Little Bit About Olentangy Heating and Cooling 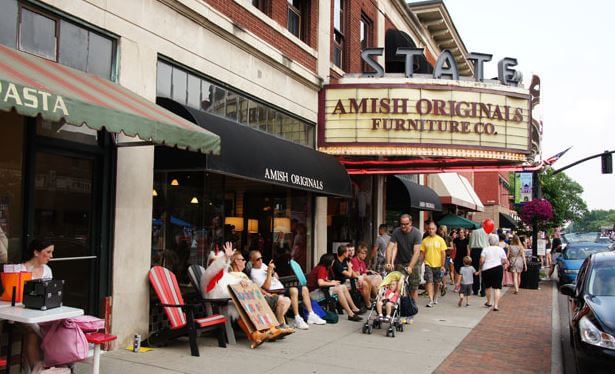 So you’ve made it to the about page. We have a passion for heating and cooling and have been in the industry for a number of years now.

We have quality that cant be beaten and we have the skills to back it all up.

We were started because we genuinely love to help people. Going into the medical field or another area that is looked at “helping others” was just not an option. I was a person that was good working with my hands.

Growing up in a contractor family I was able to experience many different trade skills. Heating and Cooling won my heart in the end and so we started our venture.

Did you know this about Westerville?

“Dry Capital of the World”
An 1859 town ordinance prohibited sales of alcohol in Westerville. By the 1870s, a burgeoning conflict between pro- and anti-temperance forces boiled over into the so-called “Westerville Whiskey Wars”.

Twice, in 1875 and 1879, businessman Henry Corbin opened a saloon in Westerville, and each time the townspeople blew up his establishment with gunpowder.

Westerville’s reputation for temperance was so significant that in 1909 the Anti-Saloon League moved its national headquarters from Washington, D.C. to Westerville. The League, at the forefront of the Prohibition movement, gained its greatest triumph when the Eighteenth Amendment to the United States Constitution was ratified in 1919.

The League printed so many leaflets in support of temperance and prohibition—over 40 tons of mail per month—that Westerville, by then known as “The Dry Capital of the World”, was the smallest town in the nation to have a first class post office.

The League’s Westerville headquarters was given to the Westerville Public Library in 1973 and now serves as a museum attached to the library. After Prohibition ended, Westerville remained dry for most of the twentieth century.

There is a little reading material on it over at the Westerville Wiki page. You can also learn a lot of different things about our city on the page as well.

Pretty fun fact would ya say?

Coupled with the fact that Columbus, Ohio is a booming location for craft beer and more microbreweries it is a bit ironic. Personally I have a passion for craft beers as well. Never had got around to making a brew of my own but it is on the bucket list.

Enough about us, we are here to help and serve you. If you are need of our services and we can be assistance to you please give us a call at 614-826-6466 We look forward to becoming life long relationship for you.

📞 Tap To Call Now And Schedule!